Posting image from a few weeks ago, June 2017, Danny amazing! He is working on a series in Houston, here now for a short while.  Hesitate to say, 'shooting' when mean video-ing  because of of the nonsense going on, you never know.  Josh was here, too, didn't make it into image, Miguel jumped in between at last minute, six-year-old Will in front, wearing a Great Smoky Mountains National Park hat bought for Miguel years earlier.  Sam took sitting from couch across. Same sofa as when  you were last here ... OH, Carole ... 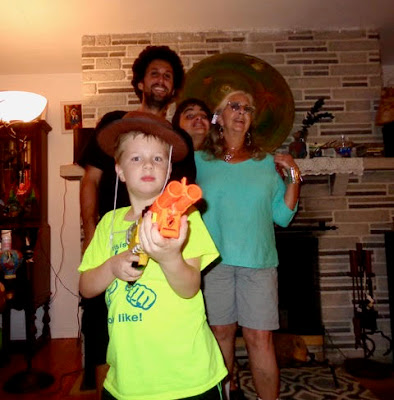 Slippery slope: USA is a super mess with demented bully Trump tweeting and lying, Trump can't keep his own stories straight. Frightening: false truths,  "Alternative facts" is a phrase used by U.S. Counselor to the President Kellyanne Conway during a Meet the Press interview on January 22, 2017, ...

Tweeting Trump's lawyers all over the place, unlike anything previous ... greed beyond the imaginable. Heartless and cruel. Shameful. Embarrassing.

How our father played you.


Revisionist History Alert: An image of Amelia Earhart photo revealed. She and navigator died in the Marshall Islands ... 80 years ago. Link as of July 5, 2017.
Posted by Hope Marcus at Wednesday, July 05, 2017 No comments: