How to get back to Pinecrestfloods.blogspot.com?

Oh Carole! You with me until my last breath, and then?

Carole. You are always in my thoughts, rummaging and laughing. Not a day goes by that I am not with you. I'll figure out how to add this blog to the one in the other computer, will write more often then. .... Sam and William are coming over in a bit — William  brims with cheer... as if you and I with our kids.  Sam will check out plumbing, William and I will play something... maybe Scrabble for kids, was fun last time. Am making brownies from a mix, spaghetti and meatballs for supper...

No way, forget Scrabble, he went for brownies and Minecraft....Oh Carole, Minecraft so after your time!

The fireplace with lights, your picture on the mantle, you at college — nineteen-years-old. When I first put it up 17 years ago, your son  Danny didn't recognize  "Who is that good looking chick?" he had asked. Beautiful, courageous you.

It is an unusually warm December day, temperature like May...  am so petrified of hurricane season 2020 ... phobic. We going into it unprepared, priced out of insurance. If around this time next year, whole and complete, will be a wonderment.

Thinking of you, and all the times we'd run out the morning after Halloween and buy up the on sale candy! Crazy times!!!!

Third-grader William is glad we are not tagging along this year, because last year we slowed him down!

Democratic House today voted 232 to 196 setting rules for impeachment ... proceedings ... against Trump. You would love it!!! You with your huge, jubilant brown eyes.
Posted by Hope Marcus at Thursday, October 31, 2019 No comments:

Neu, my dearest, have begun again, back to our story...

Three Attention Deficit Sisters and the Mafia
Posted by Hope Marcus at Wednesday, October 23, 2019 No comments:

I opened this old computer before your day, the October 19 when you left us, maybe hoping for something enlightening.

You, with me always.

"...And the sunlight clasped the earth
And the moonbeams kissed the sea..."

With Danny in Key West, sun-drenched or evening-hued ..

Petals of roses kissing the sea from all of us.

Apparently a crying and grief stricken Joy is in Key West looking for your former house to place flowers... a spiritual connection...

Your Dr. Marmesh D.V.M. came into our lives, the vet you adored, who took care of your pets...Danny got Curt there with greyhound Britney, she cutting her foot/toe while the crew was putting up storm shutters... Sam, Joshua, Danny and friend Chris. How grand of all to show up, I was stunned!

Shutters for Hurricane barreling close bu, missing us, decimating the Bahamas: Abaco with winds of 180 mph...off the charts holding there for next 36 hours, speed 8 miles per hour. 913 milibars, huge eye. (As of 11 am Sunday. Sept 1, 2019)

Our vet closed Saturday afternoon, Curt and Danny first went to animal hospital; both got bad vibes, Danny remembered vet in the Grove... in they went — Danny parking at his place after dropping Curt and dog off...no parking, super scarce... and walking back.

Posted by Hope Marcus at Sunday, September 01, 2019 No comments:

Hurricane season here, am a mess

Hi my love, thinking of you curves my lips into a smile...so down in the dumps, so wishing for better times.   Love you muchly.
Posted by Hope Marcus at Friday, June 28, 2019 No comments:

Hi Carole, surgery recovery way longer than anticipated ... so maybe if motivated could finish our book ... plus learn WordPress ... plus, plus, plus ....
Posted by Hope Marcus at Friday, May 31, 2019 No comments:

Surrounded by you, on the mantle, at college, age 19. And overhead. Embedded.

I had surgery, allergic to the iodine, who knew? Beet red and itchy.  Could not wear the abdomen truss for a few days, doing now outside tee and nightgown, sure hope going without did not harm. 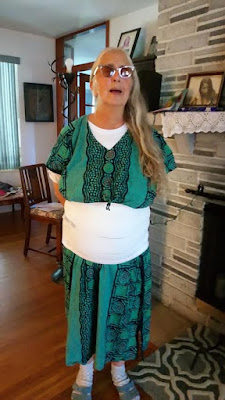 
Was grand with grandsons, first time reciting and reading together. We  skimmed through the Peach Haggadah, made it to the plagues and four questions, grape juice and wine ... then on to Celeste's undercooked carrots, my burned basket and Josh's sensational Key Lime pie. 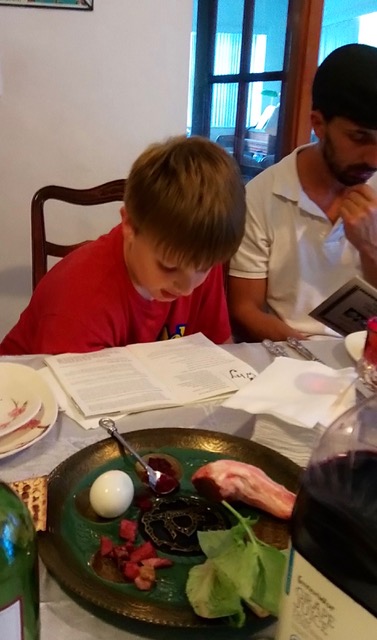 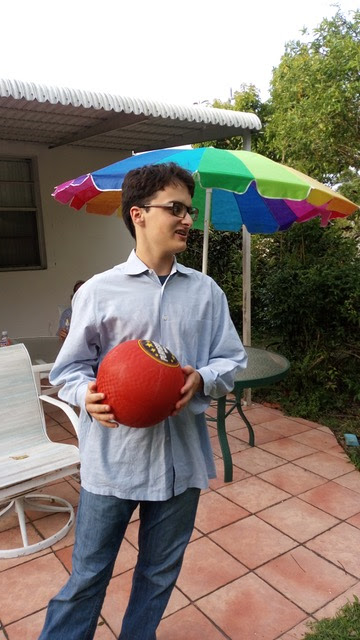 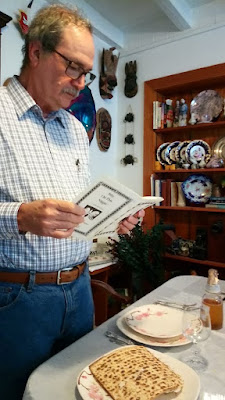 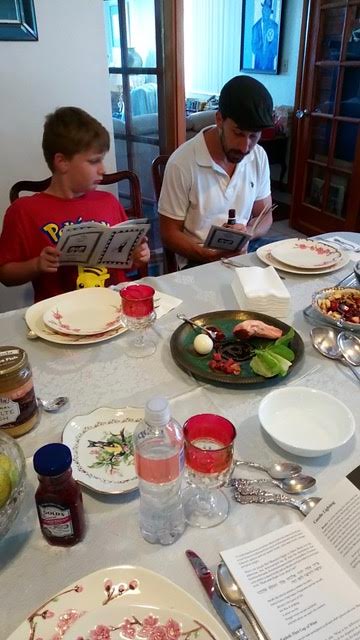 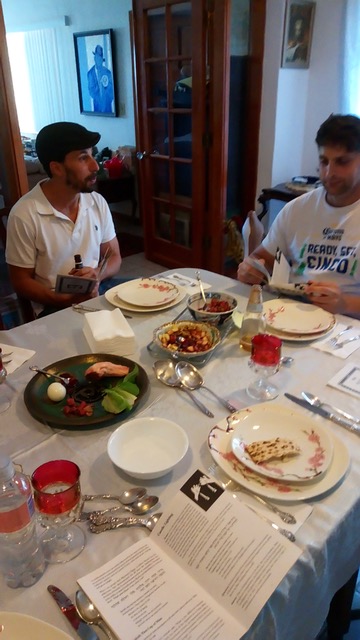 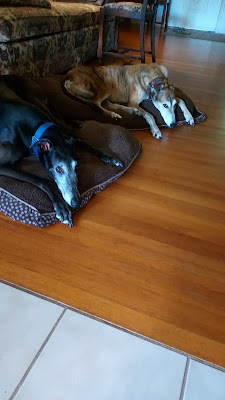 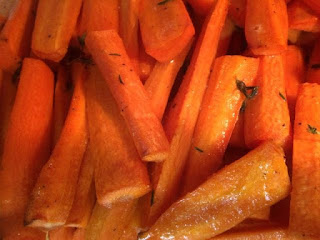 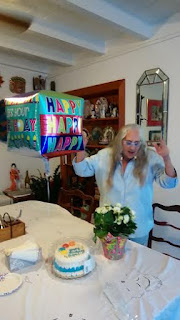 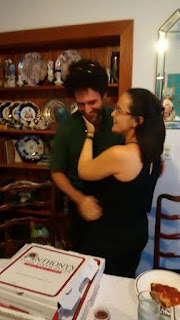 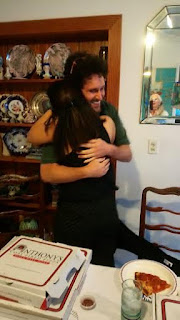 Below: A smidgen of Celeste. January, 2019, William's 8th birthday. Taken with my broken camera. 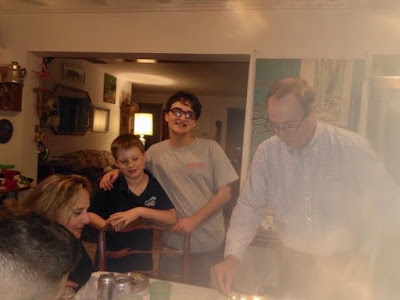 Hi my sweetheart. so missing...tears streaming.

Attempting a brisket tomorrow, think Josh will be here, Danny not, will be in town from Houston soon.  Sam and William and Celeste and Miguel and dear Curt.

Hi my dearest, have given up on blog title, would call this one US healthcare from hell.

Bullfartyfuckeroo!
Posted by Hope Marcus at Friday, March 01, 2019 No comments:

It's been a while...no excuses except that I still haven't transferred access of this blog to more recent computer, the newer MAC with sign in to Pinecrest Floods.  Hope this 10-year-old desktop keeps going!

Your kids are fine, Josh doing media management for videos, Danny in Houston working on a long term video shoot.

Danny made another short of his own, got the concept while in Cannes a few ago.  Is his poem, others did the voice over and graphics. IS creepy excellent; about a pedophile— makes your shoulders shiver and your gut quiver.   The Incredible Short Life of Peter Panties captures that cruddy nastiness superbly.

I truly don't know how rare all this sordid behavior is — this thunder and riot: its clatter and chaos.

Our current president a confirmed mobster, crook and racist. Families separated, we having lived with ;;;; .....

Tuesday was colonoscopy day for me—actually sigmoid— same procedure every two years, and time after time I say never again...I seem to be hanging in there ... am back to getting meds from India, even on Medicare am priced out of gut pills in USA... crazy. Mesalamine tablets, $100 a month from India, $1,200 in USA, I'll go through Medicare deductible lickety split ... may have already... also, same drug in different delivery system, up-the-butt as enemas, $167 from India, $600 in USA.  CT scan showed a hernia from surgery years ago,  my small intestine popped out----- gross ...I  pushed it back in.  No worries about large one doing the alien thing, it isn't there...

Trump Ordered Officials to Give Jared Kushner a Security Clearance 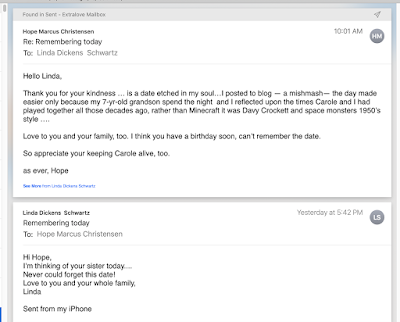 HI CArole, it is January 3, your birthday.

Had 7-yr-old grandson William for the night, Xmas vacation --- morning of your birthday now, making French toast for breakfast.

Doggie, Britney, won't move her head as I write, her presence impeding, blocking my feet from the computer station.

Curt is hitting the shower for work, I'll be making his lunch, William glued to Minecraft in the next room.

Seemingly another day, except you are not here.

After he bored of Minecraft, William and I had wonderful payday, he beat me at every game of Connect 4 ...
Posted by Hope Marcus at Thursday, January 03, 2019 No comments: