Underneath: SpaceX. Florida. Split image photo from TV screen. Left side. First stage of rocket landing exactly back on earth after after propelling astronaunts into space. Right. View from inside The Dragon. Speed lower left. 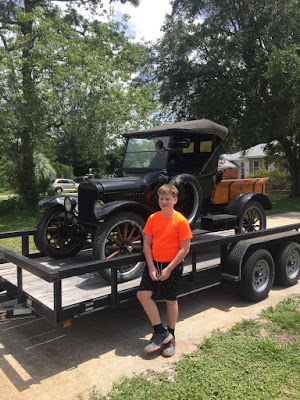 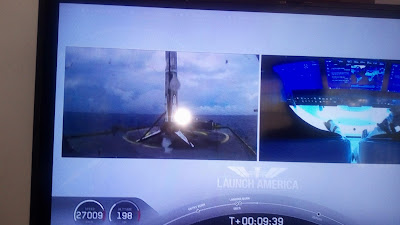 On the ground, COVID virus plague and civil unrest.

The www.Extralove.com site remains down, but Curt was able to retrieve a portion of text from a backup.

Before there were stars night was an eyeless staring
with nowhere to look leading into, unmapped by any chart

and always losing itself. Because of this, women were born,
formed from the faces of candles, gasoline lanterns, or

kerosene lights, with nothing to see looking onto,
and which night knew nothing about from its distance.

Then came their flames rising like points from their
blind spots, forming stars, which night looking out of was seen

Revisions of Home, Stones and Stars

The www.Extralove.com site remains down, but Curt was able to retrieve a portion of text from a backup.

Below is a poem you wrote to Donna when her first husband died.

Have been having wondeful dreams about you. Playful.

Unfortunately, www.extralove.com is down, a godaddy, the hosting service, problem that was supposed to have been fixed by now.

I tthink, i sincrerely hope, I have a copy of the graphics in the older computer, but haven't a clue how to actually restore the site, the software way, way beyond me now.

Love you bunches.
Posted by Hope Marcus at Wednesday, May 20, 2020 No comments:

'Scary to Go to Work':
White House Races to Contain Virus in Its Ranks

By Michael D. Shear and Maggie Haberman
WASHINGTON — The Trump administration is racing to contain an outbreak of the coronavirus inside the White House, as some senior officials believe that the disease is already spreading rapidly through the warren of cramped offices that make up the three floors of the West Wing.

Three top officials leading the government’s coronavirus response have begun two weeks of self-quarantine after two members of the White House staff — one of President Trump’s personal valets and Katie Miller, the spokeswoman for Vice President Mike Pence — tested positive. But others who came into contact with Ms. Miller and the valet are continuing to report to work at the White House.

“It is scary to go to work,” Kevin Hassett, a top economic adviser to the president, said on CBS’s “Face the Nation” program on Sunday. Mr. Hassett said he wore a mask at times at the White House, but conceded that “I think that I’d be a lot safer if I was sitting at home than I would be going to the West Wing.”

He added: “It’s a small, crowded place. It’s, you know, it’s a little bit risky. But you have to do it because you have to serve your country.”


Article excerpt below also from the New York Times

Cases soar past four million worldwide, and cautionary reopening tales emerge.
Worldwide, the officially reported number of coronavirus cases has soared above four million people across 177 countries, and more than a quarter million people have died, according to a New York Times database.

For many reasons, the numbers are almost certainly drastic undercounts, but tracking reports regionally and from specific countries can reveal trends, like uneven outbreaks in the U.S., the rising crisis in Russia and the ebbing of Italy’s disaster.

At the same time, small new outbreaks and other warning signs have been detected in countries that had been successful in containing the virus, presenting a cautionary tale as nations around the world debate whether to restart their economies.
China, the country where the outbreak began, began to to reopen weeks ago after reports of new cases slowed to a relative trickle. It now ranks behind 10 other countries, including Brazil, the U.K. and Iran, in its official count of cases.
Posted by Hope Marcus at Sunday, May 10, 2020 No comments: